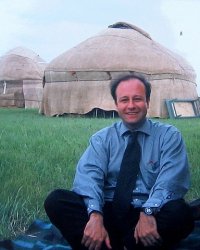 As a EU and Ibero-American scholar and citizen Augusto Soto is leading the Dialogue with China Project www.dialoguewithchina.eu 与中国对话项目, an independent electronic platform with intercontinental reach aimed at discussing current events, intercultural and international issues as well as promoting projects for a better understanding and interaction with China in the real world.

He has also collaborated with various programs and initiatives at the Elcano Royal Institute (Madrid) including Spain-China Relations Working Group and Energy and Climate Change Working Group.

In recent years he has also collaborated with the Institute for Brazil China Studies (Rio de Janeiro) and the Strategic Culture foundation (Moscow).

He lectures at ESADE Business School (Barcelona). He has also been lecturing for several years at the Open University of Catalunya, Program of High University Studies (IAEU), Autonomous University of Barcelona and CIDOB, including the International Relations Institute of the University of Chile.

Soto is member of the Belt and Road Studies Network, Beijing.

He is a member of United Nations Global Experts (New York) and contributes to The Global Square Magazine (Madrid) https://www.globalsquaremagazine.com/contributors

Soto has authored countless articles and analyses on China, the Asia Pacific and Eurasia regions in specialized magazines and books published in three continents.

Soto is included in the roster of the Speakers Academy (Rotterdam):